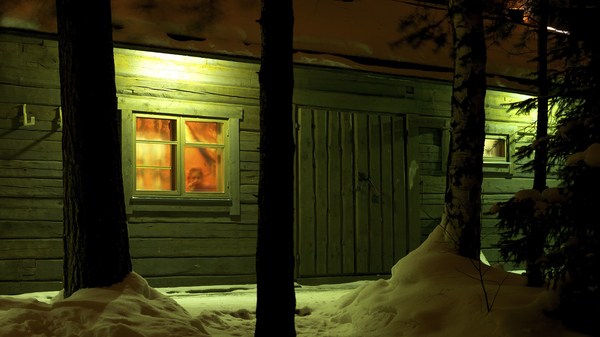 This week our readers have lots of … interesting … queries involving opening windows during winter in North Dakota, trying not to breathe during a micro-encounter and spraying a mask with … oil?

Related Topics:Latest NewsNews
Up Next

The 2020 iPad Air comes at an interesting time in Apple’s release cycle. The iPad Pro is still strong from a specs perspective but is now technically a half generation or so behind in CPU. The new pro models won’t arrive for (theoretical) months.

So what you end up with is a device that shares the design philosophy of the iPad Pro and inherits some of its best features while simultaneously leaping ahead of it in raw compute power. This makes the Air one of the better overall values in any computing device from Apple in some time. In fact, it’s become obvious that this is my top choice to recommend as a casual, portable computer from Apple’s entire lineup including the MacBooks.

The clean new design has a thin, pleasantly colored simplicity to it. It matches the new iPhone 12 aesthetic quite well. The smoothly bullnosed corners and dusty blue peened finish make this one of the better looking iPads since the original. For years, Apple moved to try to “pull” the casing of the iPads around the back, making it disappear. This new design is a nice balance between the original’s frank simplicity and the new iPad Pro direction. A bit less sharp-edged and a bit more ‘friendly’ while still crisp.

One thing that I love a lot about the Air is that it lives up to its name and clocks in at the lightest weight of any of Apple’s portables at 1.0lb flat. This plus the Magic Keyboard is just such a killer portable writing machine it’s wild.

Apple didn’t fix the camera position on this, something that still stinks about the iPad Pro because you have to use Face ID to unlock it and your hand is always in the way in landscape mode. Instead, they straight up ditched the entire True Depth camera and Face ID altogether and tucked Touch ID into the power button.

The initial scanning process to set up a finger seemed ever so slightly more reluctant to grab my fingerprint here than it used to on the home button. My guess is that it’s to do with the oblong shape of the sensor or its housing. But once it was scanned and input, I’m happy to report that it works exactly as well if not better than any iPhone home button version. I set a finger on my left hand here because I only use iPads in horizontal mode. But if you aren’t a keyboard person and are doing a lot of reading, the right hand would be appropriate.

I actually found this to be a more natural feeling activation gesture than swiping up only to remember that my hand is in the way and having to move it and look at the camera. If the camera was placed along the horizontal edge of the iPad Pro or even in the corner I might feel differently. But as a compromise so that Apple doesn’t have to ship a True Depth camera in this unit, it works plenty fine.

The surface of the Touch ID button is covered by an opaque sapphire crystal cover that blends well with the casing but allows the print to be read through it.

Once you have the iPad Air unlocked, it falls right into the ‘X’ style navigation system. Swipes to open and navigate and move around. This is great because it brings near parity of navigation across Apple’s device lineup (minus the iPhone SE.)

The camera is fine. Do you shoot pictures on an iPad? Really you do? Wow, interesting, ok. Maybe buy the iPad Pro which has a full LiDAR array, a Wide and an Ultra Wide lens. Great for artists, scanning, reference work etc. On the iPad Air the camera is just fine but is really a formality. It can be used in all of those ways and the quality is on par, but it’s there because it has to be there.

Those of you that travel with an iPad and an iPhone will be happy to know that you can charge an iPhone from the USB-C port on the iPad Air. And yep, it works fine with USB-C hubs and card readers too.

The iPad Air has 4GB of RAM where the iPad Pro 2020 has 6GB. It has a Liquid Retina display, but no ProMotion 120hz refresh. The lack of ProMotion is unfortunate but understandable. It requires another whole layer of display technology that is quite a bit more expensive. Having gotten used to it now I would say that on a larger screen like this it’s easily the best excuse for spending the extra $150-200 to bump up to the 11” Pro model. It’s just really damn nice. If you’ve never had one, you’ll be a lot less likely to miss this obviously.

But it also has an A14 Bionic chip where the iPad Pro 2020 models are still on the A12Z. Because that ‘Z’ is related to the fact that it has an extended number of graphics cores (8-core CPU/8-core GPU), the performance gap isn’t as big as you’d think.

Though the iPad Air edges out the iPad Pro in single-core performance, the multi-core numbers are essentially on parity. This speaks to the iPad Pro being tuned to handle multiple processes in simultaneous threads for processing images and video. If you’re running Photoshop or Premiere Rush or LumaFusion on an iPad, you want the Pro. For most other uses, you’re gonna be just fine with the Air.

I do really wish that the Air started at 128GB instead of 64GB for the base $599 price. Apple has finally gotten the iPhone to a great place for minimum storage across the lineup, and I wish that the iPad Air matched that. If a ton of space is important to you, it’s important to note that you cannot get anything over 256GB in this unit, unlike the iPad Pro that is offered up to 1TB.

The two speaker system in the iPad Air is arranged in the much better horizontal array but it’s half the amount that are in the iPad Pro and it shows. It’s a bit less loud overall but honestly the top volume is still way more than you need for typical iPad viewing distance.

Much of what I wrote about using Apple’s iPad Pro over the course of 10,000 miles of travel applies directly here. I still find it to be a great experience that, once you’ve adjusted for workflows, is just as powerful as any laptop. The additional features that have shipped in iOS 14 since that review have only made the iPad a better platform for legitimate work.

And now you get the Gen 2 pencil and the fantastic Magic Keyboard in an iPad outside of the Pro lineup and it honestly adds a ton of the utility.

Here’s my advice: Buy this if you want a portable iPad Pro to use alongside a MacBook or desktop computer for those times you don’t want to carry or can’t carry it. If you want an iPad Pro as your only computer, get the big iPad Pro but probably wait until they update that one in a few months.

Every year at its MAX user conference, Adobe shows off a number of research projects that may or may not end up in its Creative Cloud apps over time. One new project that I hope we’ll soon see in its video apps is Project Sharp Shots, which will make its debut later today during the MAX Sneaks event. Powered by Adobe’s Sensei AI platform, Sharp Shots is a research project that uses AI to deblur videos.

Shubhi Gupta, the Adobe engineer behind the project, told me the idea here is to deblur a video — no matter whether it was blurred because of a shaky camera or fast movement — with a single click. In the demos she showed me, the effect was sometimes relatively subtle, as in a video of her playing ukulele, or quite dramatic, as in the example of a fast-moving motorcycle below.

With Project Sharp Shots, there’s no parameter tuning and adjustment like we used to do in our traditional methods,” she told me. “This one is just a one-click thing. It’s not magic. This is simple deep learning and AI working in the background, extracting each frame, deblurring it and producing high-quality deblurred photos and videos.”

It’s worth noting that After Effects already offers some of these capabilities for deblurring and removing camera shake, but that’s a very different algorithm with its own set of limitations.

This new system works best when the algorithm has access to multiple related frames before and after, but it can do its job with just a handful of frames in a video.

Adobe tests an AI recommendation tool for headlines and images

Tel Aviv-based visual search and product discovery platform Syte, already used by brands like Farfetch and Fashion Nova, plans to expand in the United States and Asia-Pacific region after its latest funding. The startup announced today it has raised a $30 million Series C, with an additional $10 million in debt.

The round was led by Viola Ventures, with participation from LG Tech Ventures, La Maison, MizMaa Ventures, Kreos Capital, and returning investors Magma, Naver Corporation, Commerce Ventures, Storm Ventures, Axess Ventures, Remagine Media Ventures and KDS Media Fund. Syte’s last round of funding, a $21.5 million Series B, was announced in September 2019. The startup has now raised a total of $71 million.

Syte snaps up $21.5M for its smartphone-based visual search engine for e-commerce

Launched in 2015 to focus on visual search for clothing, Syte’s technology now covers other verticals like jewelry and home decor, and is used by brands including Farfetch, Fashion Nova, Castorama and Signet Jewelers. Syte says that its solutions can increase conversion by 177% on average.

Since the beginning of 2020, Syte says its customer base has grown 38%, partly because of the increase in e-commerce traffic caused by COVID-19 movement restrictions.

In the company’s press announcement, chief executive officer and co-founder Ofer Fryman said Syte will focus on developing or acquiring product discovery technology “spanning the full range of our senses—visual, text, voice, and more” to create types of personalized recommendations.

A lot of Syte’s current customers are in Europe, the Middle East and Africa, so its new funding is also earmarked to increase its presence in the U.S. and Asia-Pacific markets.

There is a roster of other companies that are also working on AI-based visual recognition and search technology for e-commerce. Other startups in the same space that have raised venture capital funding include Donde Search, ViSenze and Slyce.

Gal Fontyn, Syte’s vice president of marketing, told TechCrunch that it differentiates with visual AI algorithms developed by co-founder and chief technology officer Helge Voss, who previously worked as a physicist at CERN (the European Organization for Nuclear Research).

Voss’ background in neural networks and machine learning allowed Syte to build a visual search solution that can produce results with over 95% accuracy in object-matching within less than a second, Fontyn said. Its algorithms have also been trained on millions of products from vendors around the world, which Syte claims gives it the “largest vertical-specific lexicon in the industry.” This is what allows it to recognize several objects within an image, and assign them detailed tags.

Brands that use Syte see a 423% increase on average on ROI, Fontyn added.

Walmart is testing its own, in-house visual search technology on Hayneedle

For U.K. Canal Boat Dwellers, Lockdown Can Be Claustrophic — But Also Offers Escape

For U.K. Canal Boat Dwellers, Lockdown Can Be Claustrophobic — But Also Offers Escape